I wrote the following 10 days after the attacks of September 11th, 2001. It seems appropriate to share 10 years later. Bad grammar and all.

The last grand movement that I can recall agreeing with was “Mothers Against Drunk Driving”. Before or since I’ve never been able to be swept away by the tide of public opinion. It is so much easier for an individual to just go along with the tide. Things get done, people feel purpose, politicians get elected. There is consensus. There is belief. People belong.

Now there is a tide like I have never seen before. All roads lead to war. A call for justice, revenge, weeding out the enemy. No one knows exactly who the enemy is. All we know is that they think differently, they look different, they believe different and they are wrong.

The enemy threatens a jihad, a “holy war”, but the president of the U.S. beat them to it. Last night in his speech to the senate he announced that, “God is on our side.” It has repeatedly been stated that this is a war against evil. That means that we are the good, and suddenly now everything that is us is good because it is not them.

Nothing is ever completely black and white 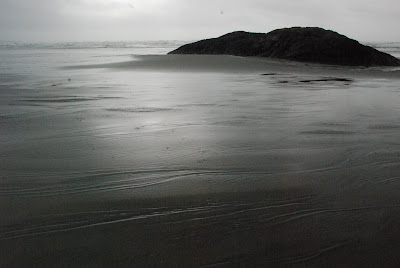 Now it’s 10 years on. The funny thing back then was, that on September 12th (2001) I was hearing this wonderful thought-provoking question being asked everywhere. The question was, “Why do they hate us? Why do they hate us so much?” The question was introspective and open to dialogue. It showed vulnerability. People seemed open to listen, to try to understand other perspectives.

And now, I think that became the scariest part of 9/11. Letting ourselves see what is happening globally in order that (paraphrased) "the North-American way of life remains non-negotiable", is just too much for most of us. Going to war was easier. Until we once-again realized that all human flesh is allergic to bullets, regardless of what tribe that flesh calls it’s own.