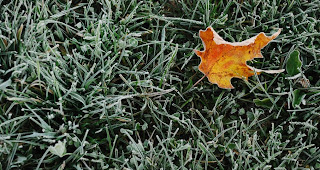 This was the preamble to a grace that my family used to say prior to eating and prior to Dad becoming vehemently anti-religion. I don’t remember when that happened exactly. But this thanksgiving day, it all applies. 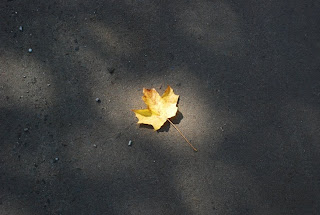 We are truly blessed as individuals and as a nation to live in the fashion to which we've become accustomed. For this year's Thanksgiving, called Action de Grace in French (or as Peter says, Inaction de Grace, since the Quebequois do not recognize the day in any way other than another day off from work), we had the good fortune to have 3 thanksgiving dinners. One in the Laurentians, one near Pointe Au Chene, near the Ottawa river, and one in Ottawa (on the other side of the river). Actually there was a fourth too, in a place called Echo Lake with the brother and sister-in-law of a close friend. 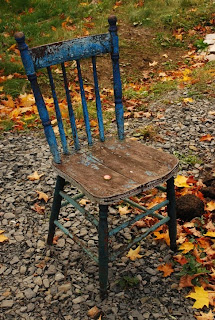 For all of these dinners the hippy west-coast vegetarians had to suck it up and eat meat. Oh so difficult when it's succulent duck breast with a maple cranberry sauce. Or a tender chicken raised there on the property. Or beef raised there on the property served with veggies also raised there, all with views over a lovely river valley, or lake. At all of these dinners we had thought-provoking conversation, often about the food we were eating.
Real vegetarians 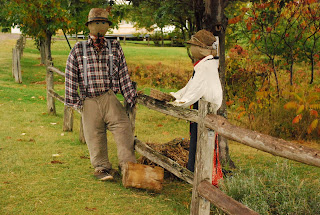 At Lac Saint Jean in the Saguenay valley, we came upon a view of the lake and in the distance the wind was creating whitecaps all across the lake. Then Jack said, "those aren't waves, they're birds.” Sure enough, thousands of Snow Geese (not snowbirds, those are a different breed altogether) had descended onto the lake and surrounding fields. At one point a few began to take off and then a few more and then a continuous stream of V's and W's began to fly overhead. 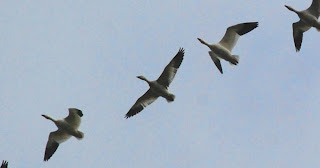 They were close and beautiful in striking white and black and I was relishing the joy of flight, and then…POP POP POP. And a goose began to tumble, catch itself and glide painfully down to the field where a hunter ran towards it. It could only run away on goose feet, and I was imagining trying to run in a hayfield while shot and wearing a pair of snorkeling flippers.
finding the beauty in catching your dinner 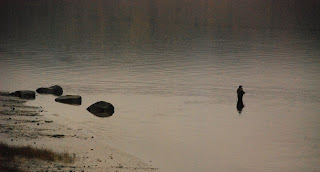 We’ve seen a lot of dead animals, moose, geese, caribou, and the people who feel remarkable pride in killing them. And I can appreciate the pride, while at the same time I'm feeling the pain of the animal and sadness at the whole affair. 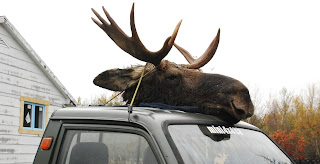 As in my last blog, I'm still a bit "unhinged" as one of you so eloquently put it. And I continue to be so. The complexities around a simple thing like eating could only have been invented in North America. Perhaps not something for which to be thankful. But the trip has given me a new perspective on my idealistic ideals, and for that I am thankful.
yeah..more beauty...yada yada yada 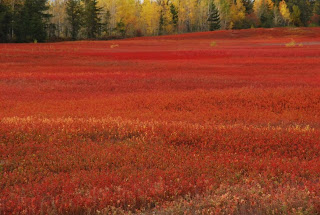 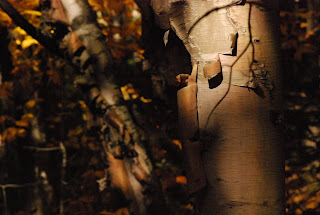 Now after these wonderful meals with the hospitality of friends old and new, we’ve tried to pay it forward by giving a good long ride (700 km) to a young hitchhiker. But since we've since ditched the hitch-hiker (literally I think he is spending the night in a ditch) I'm feeling somewhat guilty being warm in a lodge while he is under a tree somewhere. and it's snowing.

So yes, unhinged is a good word.
a hard frost or snow every morning now 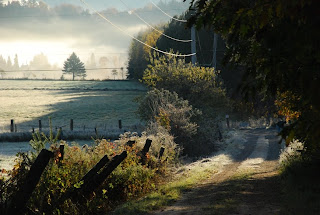 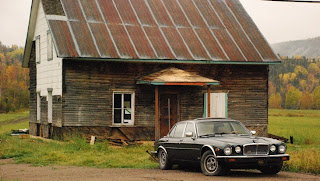